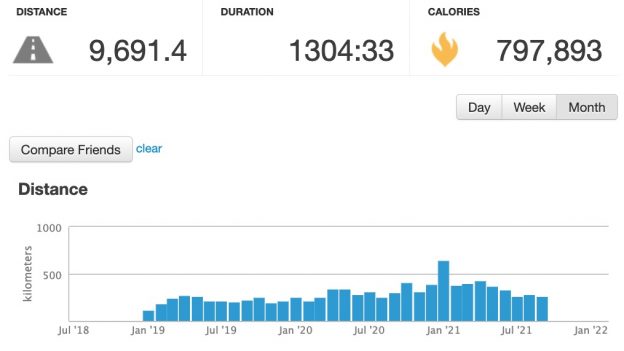 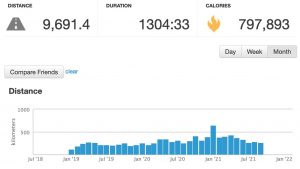 Among people who have a running streak, your comma day is when you have run everyday for 1,000 days. For me, that was today.

So, here are the answers to a few questions that I get asked from time to time.

How did you get started doing running streaks?

I have been running regularly since 1981 (the date of my first half marathon), but my interest in streaks was started by a wonderful person and friend Vanessa Oshima. Vannesa is based in Japan and has now run every day for the last 9 years!!! Vanessa’s motivation is different to mine, she started running as an act of solidarity with a friend who had just been diagnosed with cancer. Vannessa’s running has become entwined with the battle against cancer and she has been an inspiration to many, many people, me included. You can read and watch a video about Vanessa here. Vanessa showed me that a run streak was indeed ‘a thing’, so I gave it a try and find it was good for me.

Why do you run every day?

There are lots of reasons. I can’t really tell which is the ‘main’ reason, so here is a list of reasons that are all true.

Is running every day healthy?

Running every day is neither healthy nor unhealthy for me. If I were to run hard every day, that would be unhealthy. I ‘train’ between 2 and 3 times a week, and I only do about one race a month. On the other days, I run very gently, as slow as I like. The slow days are good from a mental health point of view, but at that speed it does not have a major physical effect. Running for a hour slowly is for me about the same as you walking for an hour. My heart rate will tend to average 100 beats a minute when I am running easy (or jogging as I am happy to call it)?

Don’t you get ill or injured?

Not really. If I did, I would break my streak, rather than running ill or injured.

Part of this must be good luck (including genes). But a lot of it is a) healthy eating, b) losing weight (which I did by eating less), c) getting enough sleep, d) stretching, and e) not pushing too hard when I race or train. I probably could run faster in races if I pushed harder, I could probably run faster if I pushed harder in training, but I would also get ill/injured more often. My last injury was three years ago and that was pushing too hard.

When will you stop?

I will stop if I get ill or injured, or if there is a reason to stop (for example if somebody needed me and that meant missing the run, then I would miss the run). The streak is there to help me, I am not defined by the streak.

What are your learnings from having a run streak?

The biggest learning has been what to do when it is hard to fit a run into your schedule. There are days when the choice is either 1) get up at 4am to run before catching a plane or train somewhere. Or, 2) run in the evening when you get to wherever you are going. Over the last 1,000 days I have never regretted getting up early, in the rain or snow to run. But I have often regretted leaving it until the evening.

Do most of your runs alone. In a typical month, I run 10 to 12 times with other people, but I run alone about twice as often. Running along lets me sort my head out, it lets me change the route, and it takes less time out of the day. If I mostly ran with other people, I would have to devote more time to running – which would be a challenge.

Appreciate there are lots of different reasons to run. My daily run will tend to be 8 to 12KM, by myself, for about 60 to 80 minutes, running very steadily, not breathing heavy, and thinking through the issues of the day. Sometimes, I train with my running club, this is social and varies from quite hard to very hard, depending on the session, and involves very little introspection. Sometimes I do a race where I try to run fast (5km to marathon), this is all about effort and focus. Sometimes I do a social run in the hills, this is very social and is about people, the mountains, and pleasure. And sometimes, I do an ultra race, e.g. 50 miles or 80km – this is about focus and effort, the mind goes much deeper itself. The learning from the last 1,000 days is to appreciate the differences of different types of runs, and not to compare them.

Should you start a run streak?

I am not too worried about whether you do a run streak, or cycle every day, or walk for 30 minutes every day. I find that imposing a discipline helps, you might find it helps too? So, next month, pick something, for example running, cycling, walking etc and commit to doing it every day for one month. After the month, take stock and see if you want to do a longer streak.

p.s. the Robin Hood Half Marathon

Tomorrow I will be running the Robin Hood Half Marathon, which will mark 40 years since my first half marathon. I ran in the inaugural Robin Hood in 1981 and I have only missed three since. So, I guess that is another kind of streak. 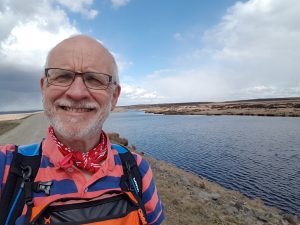